Among Us Wiki
Register
Don't have an account?
Sign In
Advertisement
in: Tasks, Visual tasks, Long tasks,
and 4 more
English

Clear Asteroids is a short or long task in Among Us, featured on The Skeld, MIRA HQ, and Polus.

When opened, a translucent green screen appears, showing darker-colored asteroids flying from the right edge of the screen to the left. The player must tap or click on each asteroid to destroy it. When a total of 20 asteroids have been destroyed, the task is completed. There is no penalty for missing asteroids, but if a Crewmate misses too many asteroids, the task interface will close, and they will have to reopen the task again to finish it. The number of destroyed asteroids does not reset and continues from where the Crewmate last left off. Since this task saves player progress, Crewmates can exit the task at any time. Because Clear Asteroids is a visual task on both The Skeld and Polus, players watching a Crewmate can confirm that they are innocent if visual tasks are enabled in the game's options, as the gun machines located outside will fire lasers per shot. However, this does not work on MIRA HQ since it is not a visual task.

The panel used to complete the task on The Skeld. 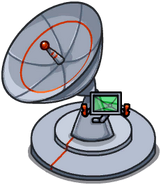 The panel used to complete the task on MIRA HQ.

The panel used to complete the task on Polus.

One of the asteroids that have to be destroyed in the task.

The explosion that occurs after an asteroid has been shot.