Among Us Wiki
Register
Don't have an account?
Sign In
Advertisement
in: Abilities, MIRA HQ, Monitoring abilities
English

Logs players who pass through the Hallway sensors.
Doorlog is an ability in Among Us, which any player, including ghosts, can use to get information about other players' locations.

The Doorlog is a monitoring ability only available on MIRA HQ. It logs players who pass through the three sensors on each end of Hallway. It is accessed from the right-most computer in Communications.

There are three sensors located at each end of the center catwalk:

The sensor is activated when a player walks over the sensors. This can also trigger when the user stands completely still on the sensor, implying it is not motion-activated.

The log holds a maximum of the 20 most recent events. Once full, the log will remove the oldest event to make room for the new one. Comms Sabotaged will also clear all entries, with the entries not being visible again once the Sabotage is resolved.

The panel used to watch Doorlog. 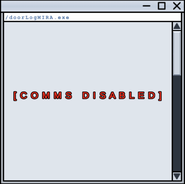 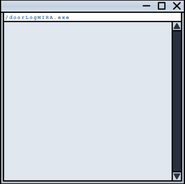