watch 03:41
Wiki Targeted (Games)
Do you like this video?
Play Sound

Storage (Stage 2 of both)

Long (The Skeld and The Airship)

No (MIRA HQ, Polus, and The Airship)

2 (The Skeld and The Airship) 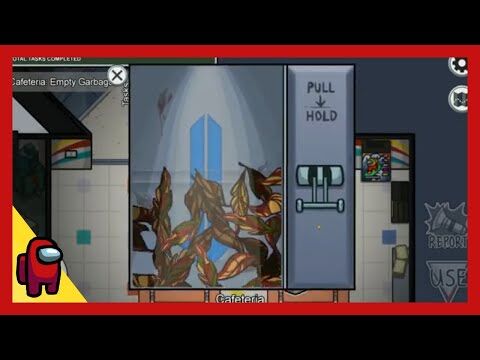 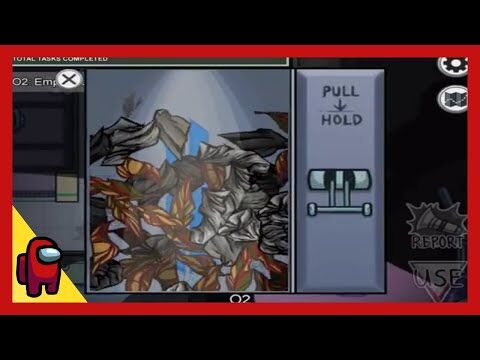 Empty Garbage is a task in Among Us, located in Cafeteria, Kitchen, Main Hall, Medical, Meeting Room, and Storage. It is a task featured on all currently available maps.

The Skeld additionally features a counterpart of the task, titled Empty Chute, which is present in O2 only.

On The Skeld, Empty Garbage consists of two stages. The first stage is located in Cafeteria, where Crewmates must go up to the lever and must pull and hold the lever down until the garbage has been emptied.

The second stage is located in Storage and is located at a lever nearby a door outside the ship. Similarly, Crewmates must pull the lever and hold it until the chute is empty, and the door outside the ship will open, throwing all the garbage out. This stage is a visual task, which means a Crewmate can use it to prove their innocence and confirm that they are not An Impostor, unless visual tasks are disabled in the game's options.

The "Empty Chute" counterpart of the task starts in O2 and finishes in Storage. This task is identical in terms of how to complete it. Crewmates can have both of these tasks, requiring them to pull the lever in Storage twice.

On MIRA HQ and Polus, Empty Garbage consists of one stage. Otherwise, it is identical to the first stage on The Skeld. The garbage chutes on these maps are located in Cafeteria and O2, respectively. On these maps, this task is not visual.

On The Airship, Empty Garbage consists of two stages. The first stage is located in Main Hall, Medical, or Kitchen. Unlike on other maps, Crewmates must shake a garbage can until the garbage falls out. The second stage is in Meeting Room, and there the player will need to empty the chute using the lever.

The panel used to complete this task on MIRA HQ.

Empty Garbage on the Nintendo Switch edition.
Retrieved from "https://among-us.fandom.com/wiki/Empty_Garbage?oldid=85420"
Community content is available under CC-BY-SA unless otherwise noted.