Among Us Wiki
Register
Don't have an account?
Sign In
Advertisement
in: Newcomers, Gameplay mechanics, Main menu sections

Freeplay is a game mode in Among Us selectable on the main menu. It is currently the only single-player mode in the game and does not require internet connection to be played.

In Freeplay, the player is free to explore any map outside of a regular game environment. Several "dummy" Crewmates are positioned around the map and do not move or act in any way, other than by randomly voting. A laptop can be accessed, which allows for the player to customize their tasks freely, as well as whether or not they are An Impostor. All abilities from the classic game, such as Sabotaging and reporting, are usable.

Freeplay is an excellent way to practice routes as both a Crewmate and An Impostor, a player should always take advantage of what they can do on each map and plan the best ways to use this to their advantage. Playing this mode can help increase players' chances of victory during a typical play session. However, when all players are killed, all tasks are completed, a critical Sabotage's countdown ended, or when all the players are voted out, all "dummy" Crewmates and tasks will be reset. It is often considered a "training mode". 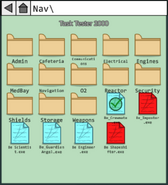 The Task Tester 2000 main interface on The Skeld. 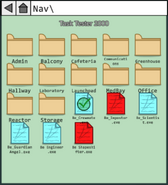 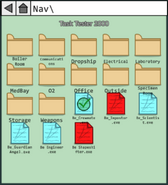 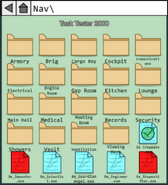