Among Us Wiki
Register
Don't have an account?
Sign In
Advertisement
in: Gameplay mechanics, Main menu sections
English

All players
The Friends List is a mechanic in Among Us that was added in version 2022.3.29.[1] It was announced as part of Innersloth's 2022 roadmap and later in a Dev Log stream on their Twitch account.

The Friends List allows players to register other players as friends. Players have a randomly generated friend code that is tied to their account and cannot be changed. Using the Friends List, players can invite their friends to their lobby, view a list of people they have recently played with, and block other players.

The Friends List interface is accessible from the main menu as well as in local or public lobby. The player's friend code is displayed at the top of the interface. The friend code can be hidden by clicking on the eyeball icon to the right, which cause the code to be displayed as a line of X's. When viewing the list of players in the lobby or players one has recently played with, the players registered as friends are marked with a green heart, and blocked players are marked with a "No Entry" (🚫) sign.

The interface itself is divided into four tabs, each with a different function:

Whenever the player receives a friend request or a lobby invite, a notification appears at the top of the screen, and a red badge appears in the Friends List tab in the main menu. The ability to receive friend requests and lobby invites can be turned off in the settings menu.

Players must be logged in to use the features from Friends List. If the account is owned by someone under the age of digital consent in their country, they must obtain permission from a parent or guardian to use these features. 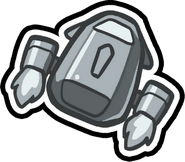 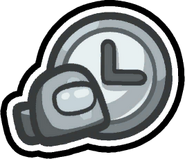 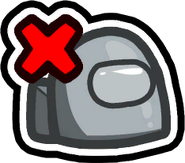