Storage (The Skeld and Polus)

Long (The Skeld, Polus, The Airship)

1 (MIRA HQ and The Airship) 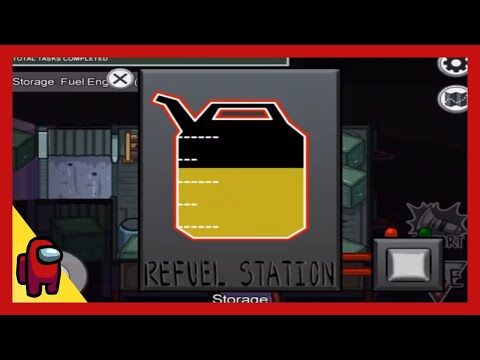 Fuel Engines is a task in Among Us, completed as a long task on The Skeld, Polus, and The Airship, and as a short task on MIRA HQ.

On MIRA HQ, the player fuels the engine directly at Launchpad and there is no second stage.

On The Airship, the player needs to go to the refuel station in Cargo Bay, then refuel one of the engines in Engine Room. The specific engine that must be fueled is chosen at random. This action is not required to be done twice like The Skeld and Polus.

On The Skeld and Polus, the player has to refill the can back at the refuel station, then fuel the Lower Engine on The Skeld, or the engine located Outside to the left of the Dropship on Polus.

Retrieved from "https://among-us.fandom.com/wiki/Fuel_Engines?oldid=77124"
Community content is available under CC-BY-SA unless otherwise noted.