Among Us Wiki
Register
Don't have an account?
Sign In
Advertisement
in: Sabotages, Mods/Sabotages, Critical Sabotages, Polus Sabotages
English

60 seconds
Reset Seismic Stabilizers is a Sabotage in Among Us, occurring on Polus.

If players fail to resolve the Sabotage in time, it results in a victory for The Impostors. The only way to resolve this Sabotage without using the fingerprint scanners is for a body to be reported, which will end the Sabotage and start an emergency meeting as usual. 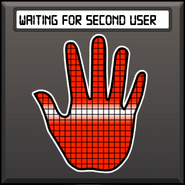 The Reset Seismic Stabilizers interface when no one is tapping on the other scanner. 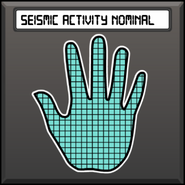 The Reset Seismic Stabilizers interface when it is resolved.