Reactor (The Skeld and MIRA HQ) 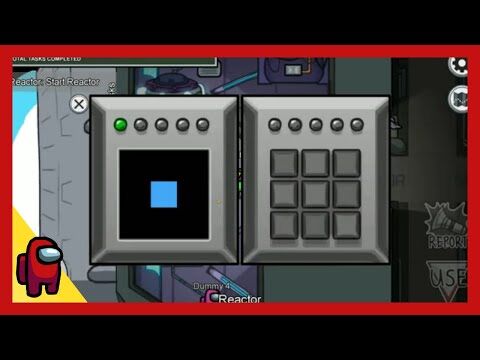 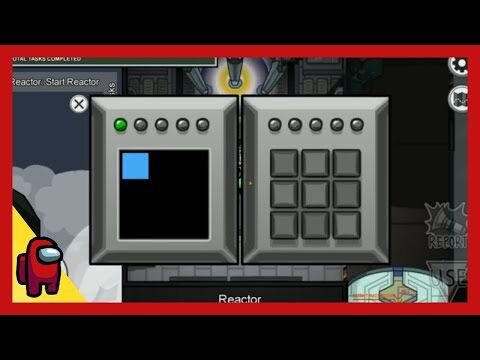 Start Reactor is a long task in Among Us, which is located in Reactor on The Skeld and MIRA HQ and in Specimen Room on Polus.

When the player opens the task, a black screen will appear on the left while nine squares appear on the right. The player must memorize the order blue squares appear on the left screen and then replicate it using the keypad on the right. The player will have to memorize the five patterns. The first pattern to replicate will be a single square, and the second will be two squares, and so on until the maximum of five squares. It may seem daunting to memorize the patterns, but it is important to know that the patterns predictably build on each other. For example, the second pattern will always start with the blue square from the first pattern. The fifth pattern will be the four blue squares' order in the fourth pattern with the new blue square.

The player must wait until the screen on the left finishes displaying the squares before entering the keypad pattern.

If the player enters a pattern incorrectly, the blue squares will flash red and the process restarts, in the same order as before, and the player has another opportunity to memorize the pattern. The player may keep trying until they get it correct.

When an emergency meeting is called, the player voluntarily leaves the task, or a body is reported, the player's progress is saved. After opening the task panel again, the left screen will display the squares required to press on the keypad again. Crewmates can close the task then open it again if they did not memorize the pattern, as the pattern will play through once more.

Where the Start Reactor task is located on The Skeld.

Where the Start Reactor task is located on MIRA HQ.

Where the Start Reactor task is located on Polus.

The panel in which the task is completed on The Skeld.
Retrieved from "https://among-us.fandom.com/wiki/Start_Reactor?oldid=79366"
Community content is available under CC-BY-SA unless otherwise noted.