16
Tan is one of the colors in Among Us that players can select and customize. It was the thirteenth color designed for Among Us. Tan was specifically designed as a color unique enough that colorblindness wouldn't be an issue.[1] The original date of its conception is unknown, but it was likely around April 2019, the same month Cyan and Lime were added to the game. (version 2019.4.24) However, Tan was not publicly revealed until August 11, 2019, on one of Marcus Bromander's Polus development streams.[2] When bringing Cyan back into the game (it was an indev color removed at launch, although still present on the wallet photo), Innersloth started workshopping more colors to round out the palette. This is where Lime and Tan both originated. Ultimately, Lime was chosen as the 12th color and Tan was scrapped, as the developers didn't want an uneven number of colors. Shortly after revealing Tan on stream, Puffballs added it as an emoji to the Innersloth Discord server as an inside joke. It has made several easter egg appearances in multiple mediums since. Tan was officially announced to be added into the game on June 3, 2021.[3] 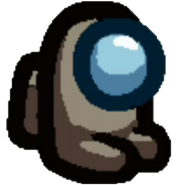 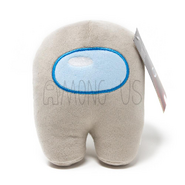 Tan as an emoji in the official Innersloth Discord server.

Tan in a promotional banner for Among Us.

Tan being ranked in 18th (last) place for the popularity ranking of the colors in Among Us.

Tan reveal
The video used to reveal Tan's readdition to the game.[3]