View source
watch 02:59
Metroid Dread - The Loop
Do you like this video?
Play Sound

MIRA HQ
The Skeld, often shortened to Skeld, is the first map in Among Us set on a spaceship in outer space. It is automatically selected upon opening the game for the first time. The map was the only one included in the first version of the game's launch in 2018, with MIRA HQ, Polus, The Airship, and Map 5 being added subsequently. 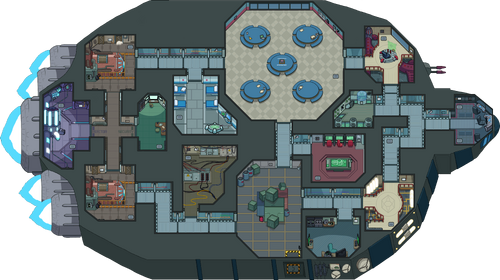 Among Us beta launch trailer